The Foundation has its youth wing committee:
The Sacrés-Jeunes !

Since 2016, the MSCHF has a youth wing, the Sacrés-Jeunes, who help plan the succession of new administrators and--we sincerely hope—attract a new generation of donors. The youth wing committee was established September 21, 2016, and its creation was ratified by the MSCHF’s executive committee October 19, 2016.

Its mission: the youth wing committee assists the MSCHF in its mission of contributing financially to Sacré-Cœur hospital’s objectives, which in turn allows the hospital to pursue the development of its axes of excellence and targeted forefront sectors. The committee intends to diversify the MSCHF’s sources of revenue by targeting a younger section of the population. The committee must also ensure the longevity of the MSCHF. To do so, it must commit to promoting the philanthropy of young professionals of Montréal’s greater metropolitan area

In view of its mission, all members of the youth wing must be between 18 and 40 years of age. Here is the list of youth wing members:

These dynamic and determined new members will soon launch fundraising activities that are sure to please younger generations.  For details, go to their Facebook page. 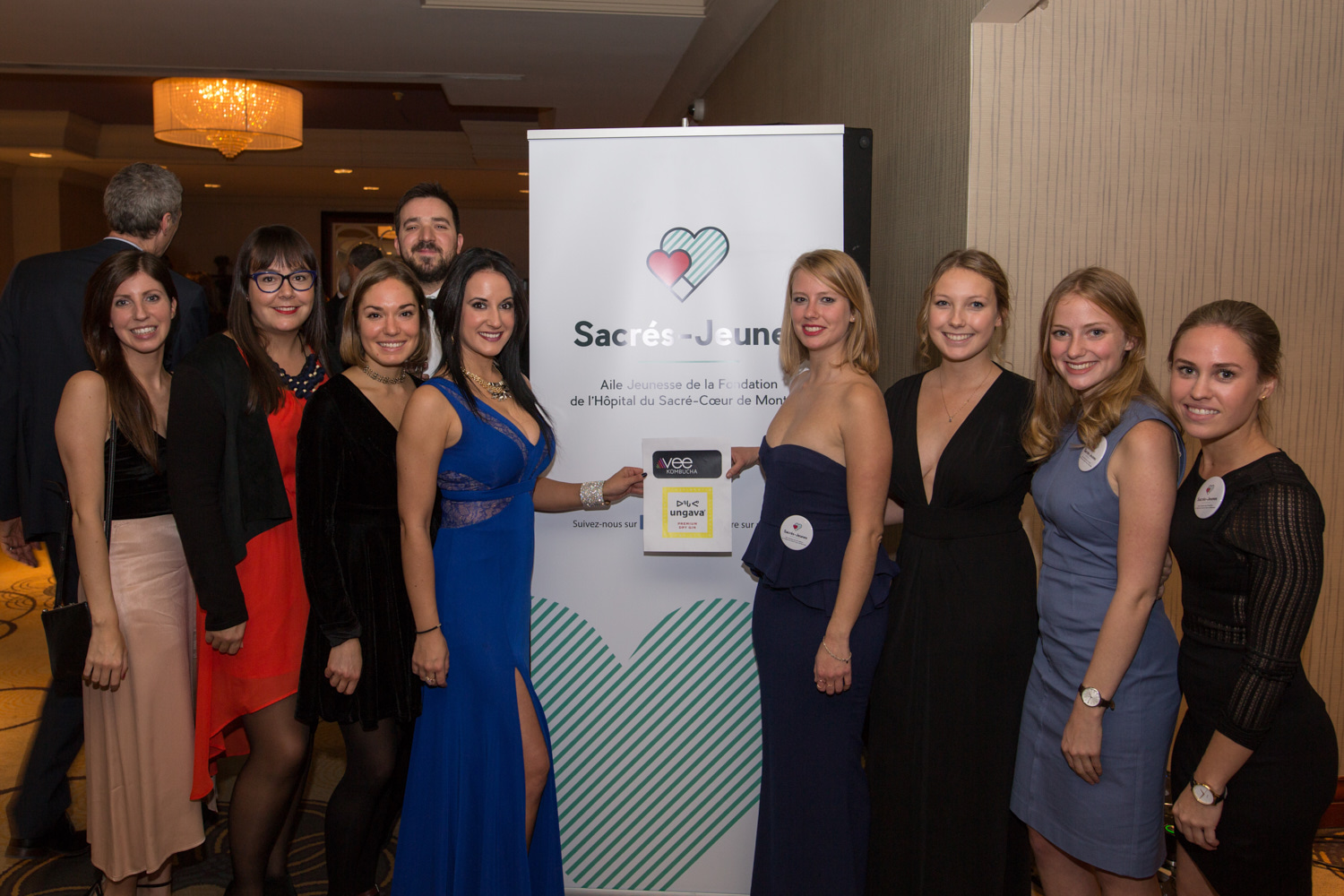 Photo of the Sacrés-Jeunes taken at the Gala des Émilie 2016, the first activity they took part in as members of the youth wing committee.

Certain sections of this site are under construction.
We apologize for any inconvenience.