Sacré-Cœur doctors kept him alive, art gave him the will to live 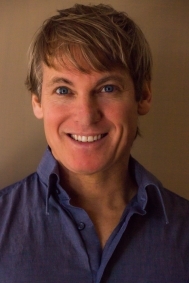 The life of painter, Michel LeBlanc, is quite exceptional: for one, dodging death is worth mention; and for two, being able to abandon the use of crutches after having had his legs literally crushed in a road accident are in fact miraculous events!

When it is said that Sacré-Cœur expertise works miracles, it isn’t a sentence devoid of meaning. Mr. LeBlanc does not hesitate to claim that, had he not been transferred to Sacré-Cœur Hospital on the day of his tragic accident (August 6th, 2008), he would certainly have lost his legs.

When the accident happened, Mr. LeBlanc was driving the vehicle in which sat his wife and son. He was driving within the 50-km speed limit and could not have foreseen that they would be hit head-on by another vehicle traveling at no less than 110 km/hour. Thirty minutes and the “jaws of death” were needed to extract Mr. LeBlanc from the wreckage. His pregnant wife lost the baby and will be handicapped the rest of her life. His son, whose baby seat was ejected from the car, was left with only minor injuries and is in perfect health today. Mr. LeBlanc, however, was about to begin living a hell on earth that would last many months.

Both his life and his legs were saved

From the very start, everything was done to avoid the formation of a fat embolism, a complication often occurring with the fracture of a long bone such as a femur or tibia, a condition that can be deadly. Amputation was considered and rejected. It was only after this first step that reconstruction of Mr. LeBlanc’s legs could begin. After an initial 36 hours in a coma, Mr. LeBlanc then spent many long hours on the operating table to undergo important surgeries. He is forever grateful to the orthopedic surgeon, Dr. Benoît Benoît, who put all his expertise to work and firmly believed his patient would one day walk again.

Mr. LeBlanc spent an entire month at Sacré-Cœur Hospital before being transferred to another hospital to complete his 5-month rehabilitation. With pain at its highest and his morale at its lowest, Mr. LeBlanc was quickly losing the will to live.

Hearing that he was an artist and painter, a recreation leader at the hospital had the brilliant idea of arranging a room in the basement where Mr. LeBlanc could paint. “This room became my ‘psychotherapy local’ and my painting my antidepressant,” Mr. LeBlanc confided. Thanks to this dedicated employee, Mr. LeBlanc found reason to live: the first important step to getting through a long and difficult period of rehabilitation.

Since this most difficult period of his life, Mr. LeBlanc’s works have become more colourful and bright. To him, this simple activity allowed him to counter-balance the desolation of being confined to a hospital bed. Indeed, today Mr. LeBlanc has enriched the Foundation’s collection by generously donating one of his magnificent works which, he hopes, will brighten the day of a patient or family member who may be in need of cheering up.

If you want to learn more about this example of courage, Mr. LeBlanc published a book in 2016 titled, “L’art qui fait revivre” to share his experience. The text herein is but a summary.