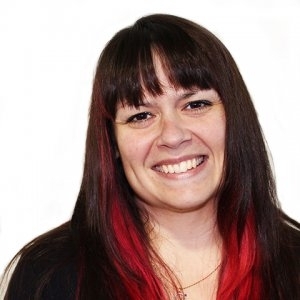 In 2011, Mélanie Perreault weighed 419 lbs. Her weight was a harbinger of serious health problems to come, most notably, diabetes. When her family doctor handed her a prescription to undergo bariatric surgery at Sacré-Cœur Hospital, she ripped it up. After all, with the single exception of a sleep apnea problem, her body was holding up rather well. A chance meeting with a friend who had had a successful bariatric surgery changed everything. So when her doctor handed her a new prescription, she accepted the document and the opportunity to go under the knife.

Mélanie, a resident of Notre-Dame-des-Prairies in the Lanaudière region, had fought with obesity her entire life. “I’ve always eaten my emotions. I’ve tried every imaginable diet. Despite my efforts, the most weight I’ve ever lost is 25 lbs,” says the 34-year old woman.

She went on to have two surgeries at the Service de chirurgie bariatrique of Sacré-Cœur Hospital, which is the only hospital in Quebec to perform all bariatric surgeries with robotics. The first operation, a vertical gastrectomy, was performed on October 18, 2011, and removed the external part of the stomach (3/4 of the stomach). The second, performed on March 24, 2014, was a billio-pancreatic diversion, which restrains the passage of food and nutrients in the organism.

Mélanie will long remember her first “supper” the day after her surgery. “Supper was a not quite full spoonful of beef bouillon. I drank that and felt full. I was so happy, I called my parents crying to tell them the operation worked”. Today, Mélanie eats 5-6 meals a day but never more than ¾ of a cup of food at a time.

Mélanie has one word to describe her two stays at Sacré-Cœur Hospital: “Marvellous,” she says without hesitation. “The medical team is extraordinary. Before the operations, the anaesthetist and the surgeon explained to me the precise steps of the operation, which left me feeling reassured. In recovery, the nurse assigned to me introduced herself immediately, which I found very humane. The surgeon would come by every day to see how I was doing. I really felt well taken care of.”

The two operations she underwent at Sacré-Cœur hospital contributed greatly to her losing 196 lbs in the following three years. However, she also had to drastically change her eating habits and add physical exercise to her daily routine. Her fight against obesity will never be entirely won, and Melanie knows it. But to remember where she came from, Melanie keeps a log-book in which she keeps photographs of herself taken in front of the same door at her place since September 2011. “One day, the door handle appeared in a photo, which showed I had lost a lot of weight.”

Her two bariatric operations have transformed her life. She can now walk, run, and bike with ease, but also cross her legs and put the garbage out by the roadside. “I have so many small victories every day. I cried the first time I managed to trim my toenails by myself because even these simple tasks were terribly difficult for me to perform. Being able to tie my shoelaces without help was a very important moment for me.”

This new life also sees her with more energy to deal with the mentally challenged children with whom she works as a specialized educator, a job she dearly loves. “These children have taught me so much. I’ve learned to marvel again at the sight of clouds or of a ladybug on a leaf. I also love to see their progress.” It’s a pretty sure bet that the children have also benefitted from her own progress!