Léo Simard: Knowing when to stop 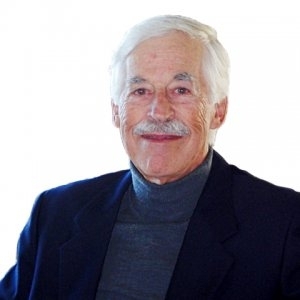 The night of September 30, 2014, was a night like any other for Mr. Léo Simard, a normal night until he lost consciousness in the bathroom, fell and struck his head hard on the counter top and the ceramic floor. Mr. Simard, a resident of  St- Ambroise, was quickly transported to the emergency ward of the Hôpital de Joliette. The patient was unconscious and his condition serious. Fearing that he might have suffered cranial trauma and a cerebral haemorrhage, it was decided to transfer Mr. Simard to Sacré-Cœur Hospital in Montréal, known for its medical expertise in traumatology and specialized care.

Sacré-Cœur staff arrived at a diagnosis: Mr. Simard had suffered a cerebrovascular accident, that is to say, the rupture of a blood vessel that supplies the brain. The haemorrhage was not linked to the cranial trauma, but rather to an anticoagulant medication prescribed to Mr. Simard to treat his heart arrhythmhia. The blood-thinning drug caused abundant bleeding inside his brain as a result of the cerebrovascular accident.

There had been signs warning of a pending problem. His vision and memory had been playing tricks on him and, at times, he had trouble walking a straight line. “I thought all these ills were age-related and that I was overworked,” explained the 79-year old dairy farmer.

When he arrived at Sacré-Cœur, Mr. Simard received sutures to close the head wound and to stem the abundant bleeding. The doctor ordered that he immediately stop taking the anticoagulant medication and kept the patient for observation to ensure he had not suffered serious cerebral damage.

Mr. Simard did not feel any pain from the moment he fainted to the medical interventions at Sacré-Coeur Hospital as he was unconscious the whole time. When he regained consciousness, Mr. Simard felt as if he were in a dream. He could see and hear the medical personnel scurrying around him but felt himself in a peaceful altered state. In fact, he felt so good, he felt like he were on a cloud. When doctors began to ask him questions to test his memory, he was somewhat put out. “In my head, I was telling myself, ‘I feel great. Why are they pestering me with all these questions?’” the 79 year-old recounts, smiling.

M. Simard would go on to stay 10 days at Sacré-Cœur where he underwent occupational therapy and neurotherapy to help him quickly regain his physical and neurological abilities. “I felt like a computer that had been unplugged and now had to be plug in again. With all the occupational and neurotherapy specialists there, I felt I was in good hands. After all, Sacré-Cœur is known to resuscitate the dead,” he says, laughing.

Thanks to the hospital’s quick intervention, Mr. Simard suffered no after-effects from the cerebrovascular event. He has even noticed certain improvements in his everyday life resulting from his treatment. “I express myself better than I used to. I don’t hesitate so much when I speak. My sight is also better than it was.” One day, his daughter handed him a violin and asked him if he thought he could play the instrument he had always favoured. To his great surprise, he could play much better than he could before his accident. “There were passages I had always had trouble playing before. I can play them now, no problem.”

Mr. Simard has lived in St-Ambroise his entire life and likes the fact that the house he grew up in is located close to mountains. He is very close to his son and grandson who now manage the family farm. But his stroke has made him take better care of himself. “I work less now than I did and stop whenever I feel tired, which I didn’t use to do.” At 79, you can take it easy now, Mr. Simard.